A few recent pizzas from Pupatella in Arlington, VA. There have been different cooks the past two times rather than the owner making the pizzas. 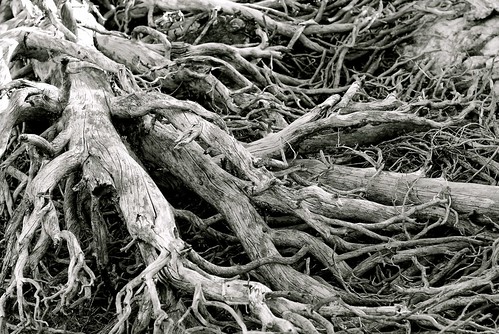 From the program notes to the 1964 Berlin Jazz Festival written by Martin Luther King Jr.

God has wrought many things out of oppression. He has endowed his creatures with the capacity to create—and from this capacity has flowed the sweet songs of sorrow and joy that have allowed man to cope with his environment and many different situations.

Jazz speaks for life. The Blues tell the story of life’s difficulties, and if you think for a moment, you will realize that they take the hardest realities of life and put them into music, only to come out with some new hope or sense of triumph.

This is triumphant music.

Modern jazz has continued in this tradition, singing the songs of a more complicated urban existence. When life itself offers no order and meaning, the musician creates an order and meaning from the sounds of the earth which flow through his instrument.

It is no wonder that so much of the search for identity among American Negroes was championed by Jazz musicians. Long before the modern essayists and scholars wrote of racial identity as a problem for a multiracial world, musicians were returning to their roots to affirm that which was stirring within their souls.

Much of the power of our Freedom Movement in the United States has come from this music. It has strengthened us with its sweet rhythms when courage began to fail. It has calmed us with its rich harmonies when spirits were down.

In music, especially this broad category called Jazz, there is a stepping stone towards all of these.

Will eating this make me play better and get good gigs?

Saw this in a grocery store in New England and had to get it. It’s from Canada.

The “Cheesetique Holiday Orchestra” playing some Christmas songs at the monthly first Thursday gig at Cheesetique. It looks like I’m lined up between the “lush” and “sweet” categories.

Tried a clam pie and a tomato with mozzarella pie from Frank Pepe Pizzeria Napoletana in New Haven, CT, one of the oldest pizzerias in the US. Here’s a little wiki-history of the place and there are many posts about Frank Pepe’s at Slice. The clams had a wonderful sweetness – definitely fresh not canned – and the tomato pie had a firm bite, a little too crispy for me but still delicious.

The pace of my sipping leaves a pattern:

Worked at an event this week about Middle East peace at the Carnegie Endowment for International Peace with “The Elders” a group of former world leaders working to bring diplomatic solutions to world problems. Here is Jimmy Carter along with the former president of Finland and former foreign minister of Algeria. The last time I saw Jimmy Carter was as a child waiting to see his motorcade go by in Rhode Island at the airport with my family.